My Kind of Friday...

I just need to say this, it's official,  I LOVE FRIDAYS!!! I never used to get excited about Fridays when I was younger but now I can't wait for them to come around. All that lovely weekend time, that 'what shall I do now?' time, family time, quiet time, shopping time ... basically just TIME for me and the people that I love.

This Friday especially is particularly good. Firstly cos Autumn is here and that's my favourite season (closely followed by Spring). The crisp mornings, the colours of the changing leaves, the misty hills and dales.....Miss Autumn is extremely welcome after a very long hot summer. There's quite alot of this going on with the trees - 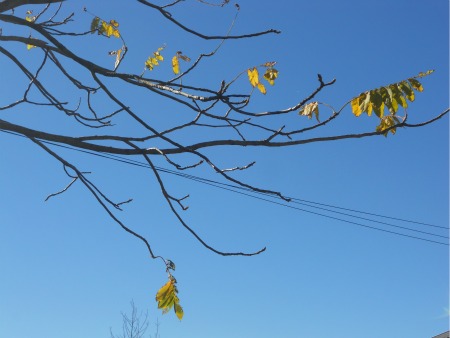 The leaves are falling by the hundred and my garden is turning into one huge glorious leaf pile - particularly good for jumping in!!!!

The second reason for this Friday being fantastically fab is that the sky in my neck of the woods is just awesome in the Autumn, very blue and very clear. The light is glorious. I just had to snap a pic of the chimney at the school where I work to show you exactly what I mean. 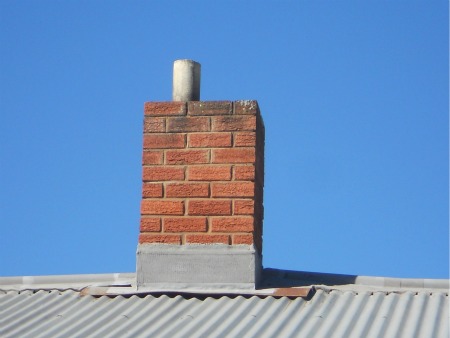 Is that a blue sky or what? (Note: this pic is just as I took it. I've not messed around with it on Photoshop - it's straight from my camera!)

My third reason for being super excited this Friday is cos I got a little parcel in the post this morning. Now some women get their kicks from shopping for clothes, or jewellery or stuff for their home. Not me. I get my kicks from buying these.....

Yes, that's right. Knitting needles are the thing that float my boat! Not just any old knitting needles though. No indeed. These are Signature Needles and if you don't know what I'm talking about (and if you're interested) go here and you can find out all about them. They are the Rolls Royce of knitting needles, the Manchester United of the Premier Knitting League.
'But they're just knitting needles!!!' I hear you say. But you're wrong. They are sooooooo much more.

Let me explain. If you're a knitter, you'll know what I mean when I talk about the needle splitting the wool occasionally. It's very annoying. I don't look at my needles when I'm knitting and it's very frustrating to at last look down at my work and see that five rows ago the wool got split on a single stitch, and I have to rip it back (knitting terminology for unpicking) and do it again. That doesn't happen with Signature Needles because of the very fine tip. Have a look - 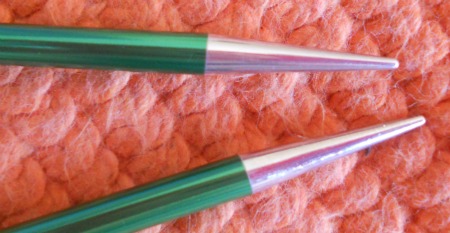 Are they not exquisite??? They are called Stilletto points and with good reason. You could seriously damage someone's eye with these beauties!!! I got these needles this morning and did quite a bit of knitting today at school in the playground and not once did the wool split!!! YAY!!!

Another fab thing about these needles is that they're extremely light. This probably doesn't matter to a whole lot of people but it does to me. I never realised how heavy my old needles were until I tried a pair of Signatures. The difference is amazing.

My final reason for loving these lovelies so much is that they are just so well made. I often find tiny bits of metal sticking out of needles where they haven't been finished properly in the factory but not these darlings. They're as smooth as silk and the yarn just glides across them.....sigh.....

They are, however, not cheap but they will last you a lifetime so worth every penny. I knit ALOT and for me there is nothing better than having the best tools for the job. We knitters spend so much money on good yarns so why not good needles?

I'm off now to do a few more rows but pop across to the Signature website and have a look for yourself. They do normal needles, circulars (which apparently don't twist like other circulars do) and double pointed needles. You can specify both the points and the ends that you want when you order so they're completely to your taste and style of working. I chose these twisty ends. Aren't they wonderful? 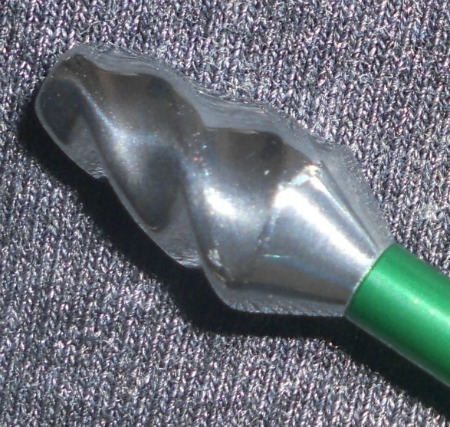 So go on, get over there and treat yourself. You know you want to....