There were times over the last couple of months when I really felt that none of my WIPs would ever be finished! Do you get those feelings too? When you've got a ton of ideas flying around inside your head, various projects on hooks and needles strategically placed around your house and yet nothing ever seems to 'come together' ???? Am I alone in this or is it a common crafters lament?

I have good news tho. At last, things have 'come together' and I seem to have had a finished object to love and cherish every day this week. Let me elaborate..... 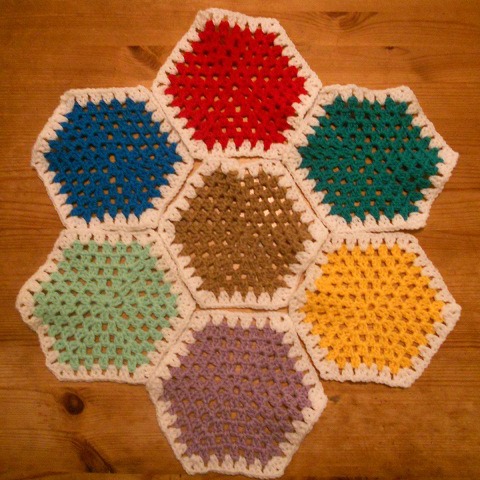 I think I called it the Circus Hexagon Blanket. Well, it's finally become this. 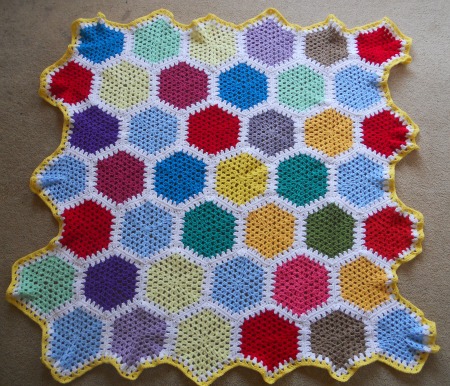 What do you think? I wasn't sure how it was going to work whilst I was doing it but I just kept adding more hexies until I got to the size I wanted. Then the question of squaring it off with half hexies cropped up but I decided I really liked the quirkiness of the edge so I just did a quick edging in yellow and there it was!!! I know many of you will hate the lopsided look but I think it's gorgeous! I'm giving it to a very good friend of mine who has just had her second baby and I know she'll love it as she adores all things retro! FO 1 - done.

Seeing as it's Winter here I decided to have a go at making some fingerless gloves. These are really good for me as when I'm on playground duty at school I can still do up buttons and zips on little coats and jackets but my hands stay nice and snug! 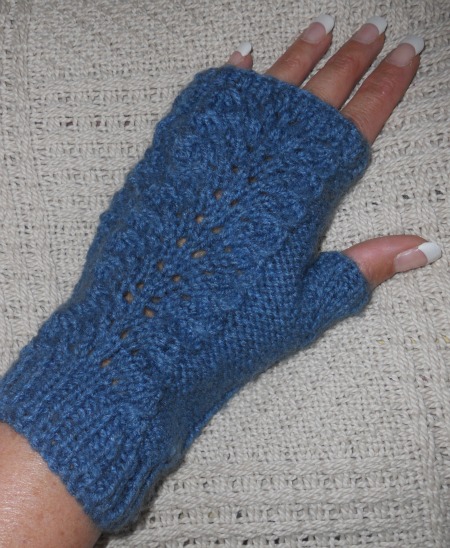 It's a pattern that I've had for ages and I really can't remember where I got it from but I'll post it if anyone is interested in making them.  I made them slightly longer than normal gloves but on the pattern the girl is wearing a pair almost up to her elbows!!!! FO 2 - done.

A few weeks ago my Mum came to stay with us and she bought down one of her spare hot water bottles. I'm not sure why because I have an electric blanket but there must have been a reason which made sense at the time. Anyway, the cover on the bottle was years old - one my Mum had knitted way back when - so I decided to make her a new one. I LOVED this project and it was such fun to do. It used up all my bits and pieces that I simply cannot throw away so if you have lots of scraps then this is the project for you! 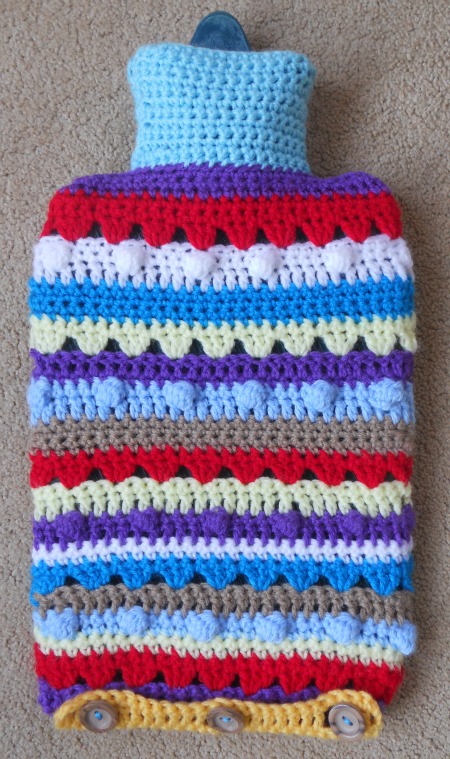 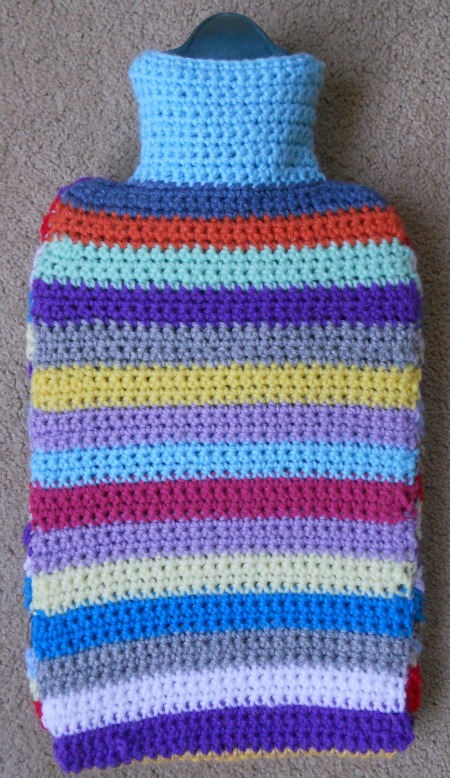 Close up of the stitches (doubles, trebles, treble clusters and bobbles) 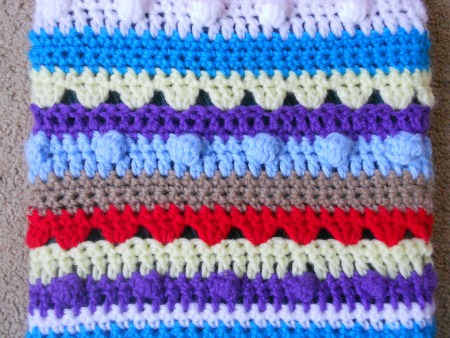 Don't you love it??? It's given that old bottle a completely new lease of life and now I really want to use it despite the fact that I have an electric blanket..... FO 3 - done!

Those are my FOs so I hope you like them. I've also got this on my needles at the moment. 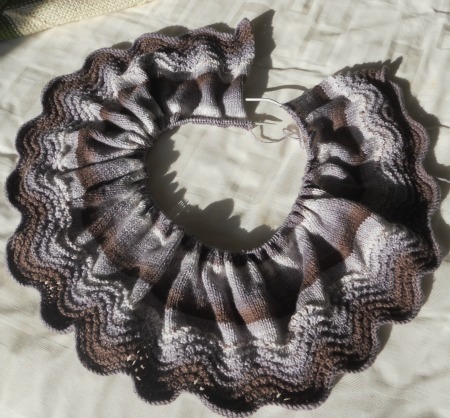 No, it's not a giant tutu for a remake of the Black Swan! In fact, it's a shawl that I've made up from scratch and although the colours don't really show up, it's a deep purple base (the colour of a good bruise!) which is self-patterning so it changes shade as you knit. It goes from really dark to two paler shades and then to white with a hint of lilac. It's very pretty, believe me. It's an Elle Escapade yarn called Mulberry Burst (isn't that a great name for a yarn?) and you can see it here.

I took this next pic to show you how sometimes the shading changes are very subtle and other times sudden and dramatic. 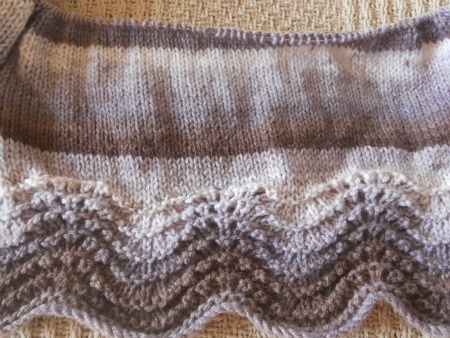 The scalloped edge is Fan Fair from Nicky Epstein's book Knitting On The Edge and here's a close up. 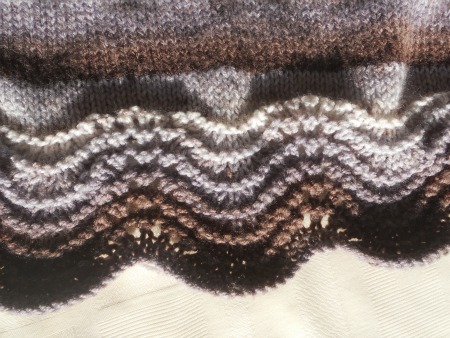 If you like knitting and making up your own patterns then this book is a MUST. It's full of inspiration and Nicky does things with yarn that I didn't think was possible!!!

So that's what I've been up to. My favourite is the hot water bottle cover but the shawl is growing on me..... literally!